Are you in for a virtual trip to Brunei!?

One might wonder and ask, why Brunei? What is interesting about this tiny obscure country? Is it worth visiting? Well, to have an idea, join me on a digital tour as I narrate my pre-COVID holiday experience to Brunei together with my travel buddies.

Brunei is known as an oil-rich country wedged between the states of Sarawak and Sabah. The capital, Bandar Seri Begawan, is home to the opulent JameAsr Hassanil Bolkiah mosque with 29 golden domes. Its massive Istana Nurul Iman palace is the residence of the ruling Sultan. These were the facts I gathered just before our departure flight. A Blast from the Past: Historic Floating Villages of Kampong Ayer

It was late in the afternoon when we arrived at Brunei international airport. Quickly, we dropped off our luggage at the hotel before heading to our first destination – Kampong Ayer.

A motorboat brought us deep into the cluster of floating houses. I was amazed at how our boatman maneuvered through narrow alleys, passing under crooked wooden bridges that connect the villages. He showed us around and shared that Kampong Ayer (which means water village) is a historical settlement area in Bandar Seri Begawan. It once was the heartbeat of Brunei – the primary backbone and focal point for trade, business, and travel. The neighborhood encompasses 42 small villages stretching out to 37 km alongside the Brunei river.

Before the end of our trip, he invited us to his home in the village and served a local afternoon delight (Pisang Goreng). He heartily told his life story – growing up, living on the water, pointing out the school that he used to attend, as well as the mosque where he went for ritual. These acts of kindness and gestures of friendliness from locals greatly impressed me

We left for the Gadong night market almost at dinner time. Locals who came in for an evening meal or snack filled the place. An incredible variety of foods were available – from heavy dinners to local fruits, from chicken skewers to local sweet, from rambutan to durian. With an empty stomach and cash in our pockets, we were prepared and ready to experiment and gobble. A decent eat cost for as low as 1 BND ($0.80). In the end, we had a good meal.

Omar Ali Saifuddien Mosque at twilight was our last destination for the day. It was one of the most remarkable things I have ever seen. The mosque, named after the 28th Sultan of Brunei, was built in the 1950s and featured a gold-covered central dome. And at night, the gently lit towers complement brilliantly with the picture-perfect sky reflection in the lagoon. Mosques are a place of worship for Muslims, which attributes to 67 percent of their population. Off to the Virgin Rainforest of Ulu Temburong National Park

The next day started early. We were bound to trudge the reserved rainforest of Ulu Temburong National Park, a biodiverse haven of Brunei. It took about a 40-minute speedboat ride from Bandar Seri Begawan to Bangar town. And another hour of exhilarating boat journey up the Temburong River, which is the only way to reach the national park entrance. Throughout the entire ride, every gust of wind rushing through my hair and the rapid spatter of water on my body made me feel elated. Finally, we reached camp and were mesmerized to see our very comfortable and cozy shelter for another two nights. Its dining hall had a panoramic view of the Temburong River. And the relaxing sound of the jungle engulfed the whole camp place, far removed from civilization noise.

The campsite offers many activities to enjoy – from kayaking to donut rafting, a day trip to the waterfalls, or a night walk in the jungle. But its crowning glory was to catch the sunset at the top of Canopy Walk. A steep 380 wooden steps climb to set foot on the base, and 900 ladder steps up the tower, resulting in an elevated height of 68 meters above the ground. The view was simply stunning and rewarding! It was as if you had become a part of the protected rainforest, which covers nearly 70 percent of the region. During the 1990s, the no-cut policy of the Sultan halted deforestation, preserving the bulk of Brunei’s virgin rainforest. Just 1% of the national park is open to the general public. We stayed for a total of 4 days in Brunei, which is longer than the average number of days spent by most tourists. One night in the capital and the remaining three nights in the rainforest reserve.

In reply to the hanging onset question, I would say that my Brunei trip was a unique experience. Distinct from the manufactured attractions that I have been to in other cities. I enjoyed exploring the Bandar Seri Begawan downtown, marveling at Omar Ali Saifuddien Mosque, and sampling the local cuisine at the night market. Equally, the way of life in Kampong Ayer and camping in Temburong fascinated me. All of the adventures were worthwhile, and I would recommend them to anyone planning for a trip to Brunei. Wondering When is the Right Time to Visit Maldives 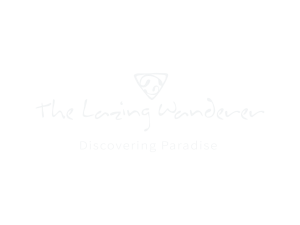